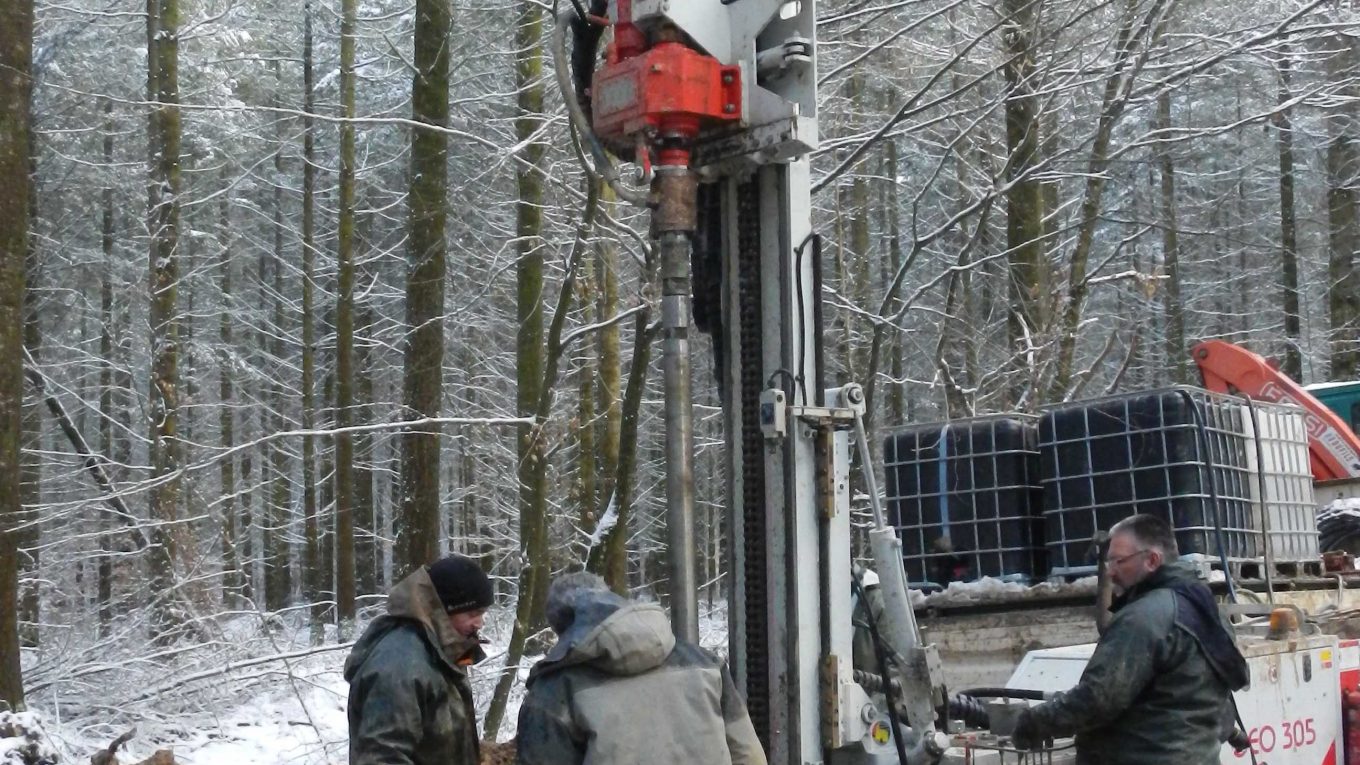 Stratabound fluorite deposits occur at the unconformity between the Variscan crystalline basement and the Mesozoic sandstone, conglomerate, limestone, and dolomite rocks of the Morvan Massif in central Burgundy. This study describes their petrographic characteristics in an attempt to determine the nature and temperature of mineralizing fluids in order to better understand the fluid migrations that led to massive stratabound fluorite deposition. The general paragenesis encompasses two major mineralizing events causing a succession of fluorite, barite, and quartz in all deposits. The two mineralizing events were preceded by two corrosion (dissolution or karstification) events affecting both the dolomite host rock at Pierre-Perthuis and Marigny-sur-Yonne and the limestone host rock at Courcelles-Frémoy with the creation of 1–10 m cavities and microscopic vugs. At Antully, the blocky calcite initially cementing the sandstone was partially dissolved. Microthermometric data on aqueous two-phase inclusions attest to CaCl2-rich fluids giving rise to fluorite deposition in the Pierre-Perthuis, Courcelles-Frémoy, and Antully deposits. Homogenization temperatures range from 80 to 100 °C at Pierre-Perthuis and Courcelles-Frémoy, with sporadically higher temperatures. The range of CaCl2 contents is 6.5–15 wt.% at Pierre-Perthuis, 1.7–9.4 wt.% at Courcelles-Frémoy, and 1.6–16.3 wt.% at Antully. The thermal history of the northwestern Morvan, compiled from organic matter, clay minerals and apatite fission track data indicates that the temperatures in fluorite and barite are higher than the maximum temperature recorded in sediments. This implies deep ascendant hydrothermal brine circulation during the Early Cretaceous. The impermeable cap rock retained the ascendant hydrothermal brine and allowed the deposition of massive fluorite stratabound mineralizations.