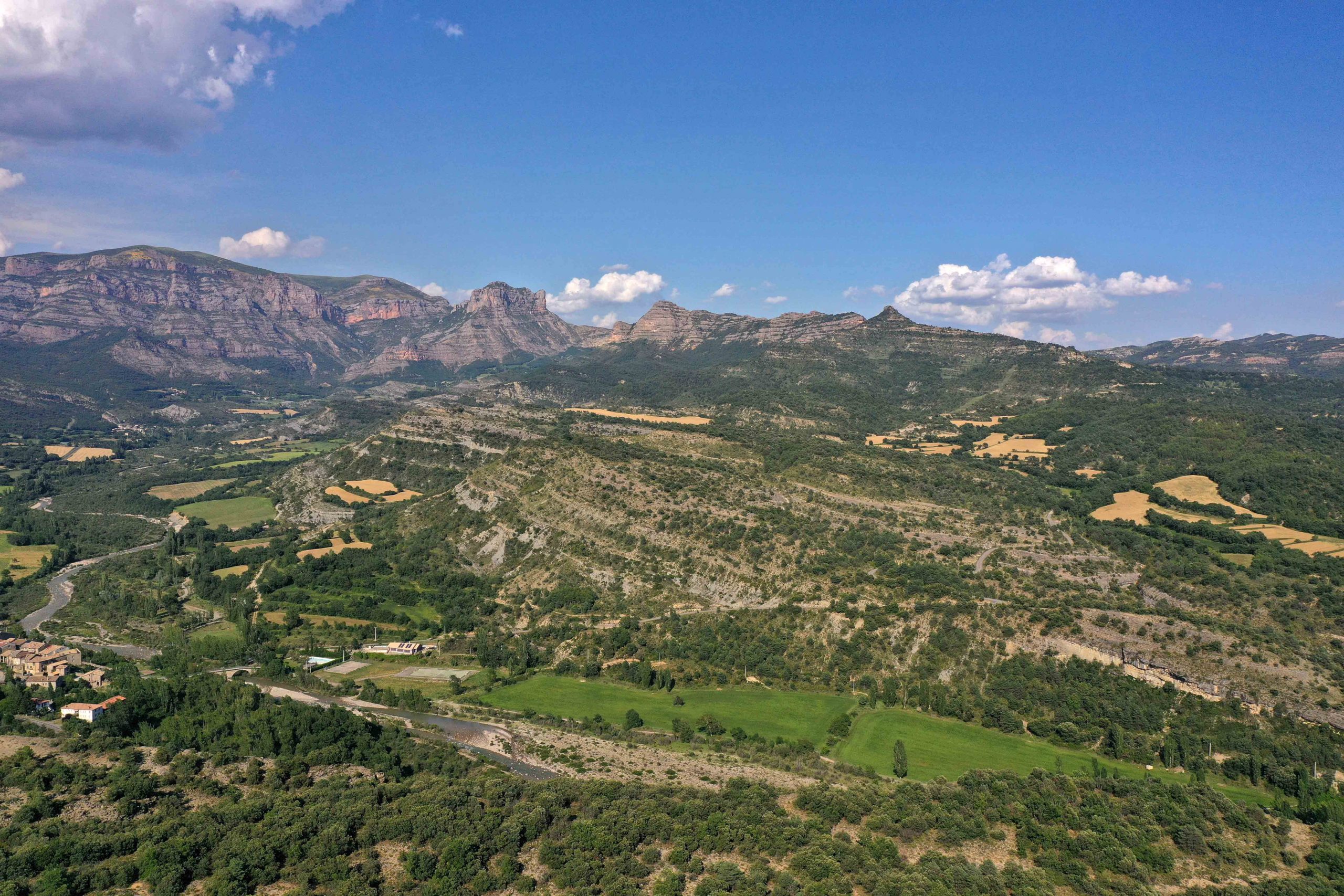 Within the framework of the ANR UPGEO project, that aims to characterize and understand the heterogeneity of geothermal reservoirs, a fieldwork was carried out from 29 June to 5 July in the Charentes (Aquitaine Basin, France) and in Spain (Tremp Basin, Pyrénées montains). This fieldwork, bringing together sedimentologists from GEOPS/Université Paris-Saclay (Maxime Catinat, Hadrien Thomas, Benjamin Brigaud, Bertrand Saint-Bezar), Bordeaux INP/Université de Bordeaux (Raphaël Bourillot, Hugues Féniès, Philippe Razin, Baptiste Hersant) and CVA (Eric Portier), aimed to photograph by drone the high-quality outcrops and to sample these key outcrops that may be considered as analogous to carbonate and sandstone geothermal reservoirs. For carbonates, the selected analogue was the margin of a carbonate platform evolving during the Bathonian (165 Ma), north to the Aquitaine Basin. For sandstones, the Roda sandstones (Roda de Isabena) were selected and studied for their potential analogue qualities to many estuarine sandstone reservoirs. These sands/sandstones outcrop in the southern Pyrenees, on the northern edge of the Tremp Basin, and they have been deposited in a paleo-estuary during the Ypresian (50 Ma). The objectives were to photograph the outcrops by drone to restore 3D models by photogrammetry and to record sedimentological logs, which will enable the samples collected to be placed precisely in space. After studying the samples and thin-sections in the laboratory, such as porosity/permeability, granulometry, petrographic measurements, the objective will be to integrate all these data into the Petrel geo-modeler in order to simulate flows (velocity, temperature) or cold bubble displacement in a geothermal exploitation context, taking into account heterogeneities at different scales.

The @Schlumberger Geothermal Tech Day is this week in Genève. If you are attending, come and see @HadriThomas talk @UnivParisSaclay "#Geology in a carbonate geothermal system" : Petrography, core observation and 3D models with Petrel on 24th June 10:30 AM eu.eventscloud.com/website/79… pic.twitter.com/rpGDqxqsTb

Geothermal Days next week in Aix-les-Bains: if your attending, come and see Maxime Catinat talk @UnivParisSaclay GEOFLUID, about "characterization of the Middle #Jurassic geothermal reservoir in the #Paris Basin » : NMR, core observation and 3D modelling on 10th June 9:45 AM pic.twitter.com/yt9WczNy1v