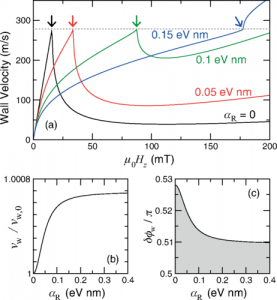 By including the Rashba interaction into a model for nonlinear feedback damping, I studied how the dynamics of magnetic solitons, such as domain walls, vortices, and skyrmions, might be affected by additional torques resulting from this damping. This work has just appeared in Physical Review B.